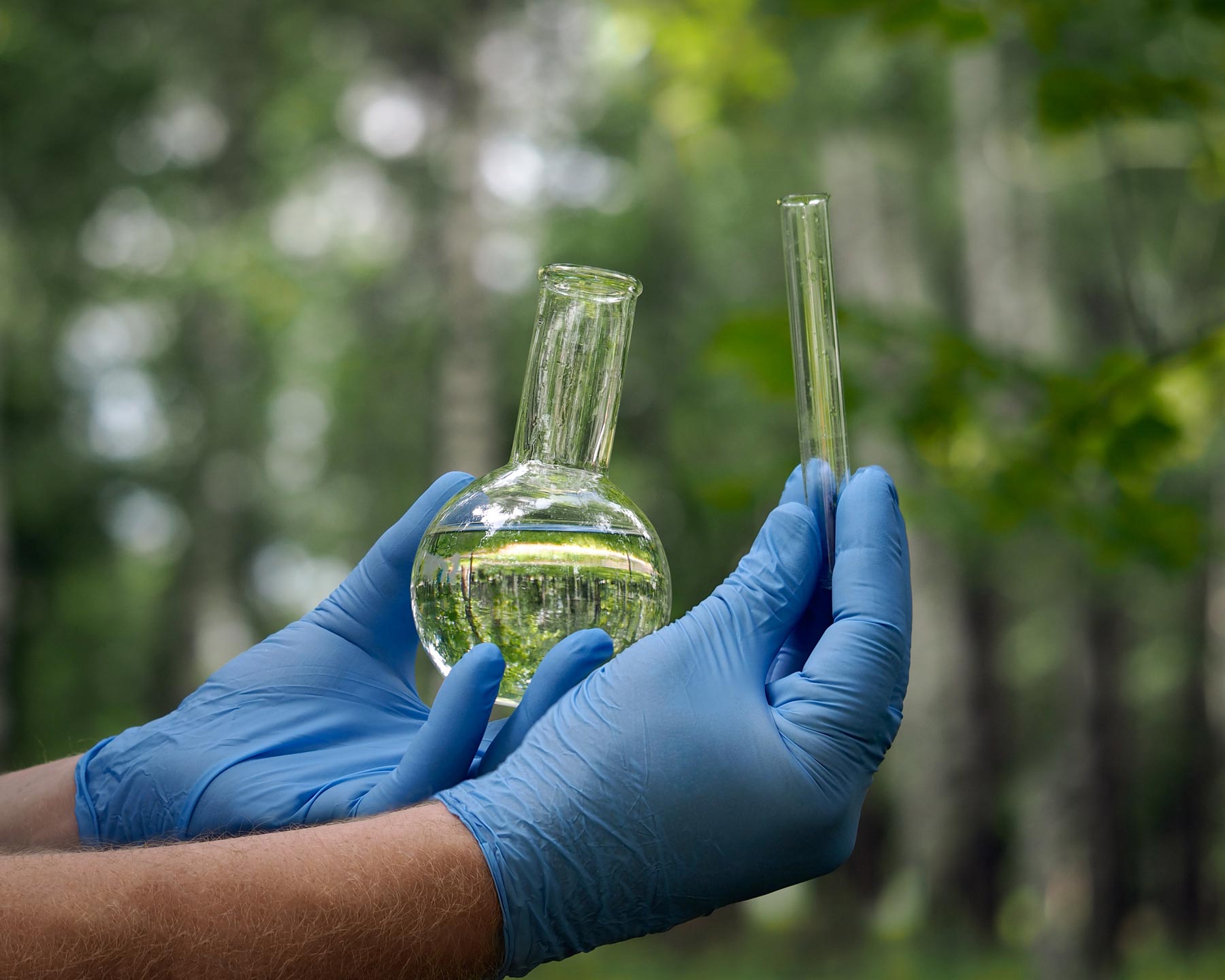 When testing your water for potential toxins, there are several specific items that scientists tend to look for first. The search typically starts with the elements that are considered at least five times denser than water – heavy metals.

Types of heavy metals commonly found in water include manganese, lead, arsenic, chromium and copper. It’s important to note that some of these heavy metals are essential for healthy biochemical function, however metals such as lead, chromium and arsenic can be toxic when ingested in small or large quantities.

You might be wondering how these heavy metals can find their way into the water source of your home or business. Unfortunately, it tends to be a bit easier than one might think, as these toxins are heavily relied upon in industrial, agricultural and technological settings. It’s especially important to test your water for heavy metal contamination if you live in an area where mining, metal processing, or paper processing facilities are located.

Even if you don’t live in an industrial populated area, here are the top 5 heavy metals Brelje & Race Laboratories advise testing for:

This mineral happens to be an essential nutrient for humans and animals that occurs naturally in the air, soil and water. Manganese’s description doesn’t sound like a common toxin, however overexposure can lead to health problems, as reported by the EPA. This element is fairly common; manganese is found in 68% of the groundwater in the United States.

Due to the fact that manganese is found in surface and groundwater, there’s no question as to how it could end up in your water supply. To ensure that you’re consuming a healthy amount of manganese, be sure to have your water supply tested by a professional.

Lead is usually found in tap water due to corroded pipes that have been on the property for a long period of time. New measures created for developers and homeowners in 1996 encourage safer drinking water, however, lead can still be found in various water pipes or metal water taps.

Risk varies if exposed to large amounts of lead, however the only way to find out if you have lead in your water supply is to seek help from a professional, as you cannot taste, see, or smell lead in your water. Contact your local water company to have your water tested for lead to ensure your family’s tap water is free from toxins.

Most of us know arsenic as a toxin that should not ever be ingested. However, arsenic is, in fact, a naturally occurring element in our soil and rocks. When combined with other elements, arsenic can be used to preserve wood and kill insects.

Arsenic can make its way into your water supply from natural earth deposits or industrial pollution. In large amounts, arsenic can cause a number of harmful effects to your health. As such, arsenic is, indeed, an important heavy metal to test for.

You can find Chromium naturally in rocks, plants, soil and volcanic dust. While we don’t tend to have to worry much about volcanic dust in the United States, industrial polliution can also mimic the effects, and the EPA does have an enforceable limit to the amount of chromium in drinking water.

In recent years, researchers have found that high amounts of chromium can lead to severe health effects such as cancer, reproductive harm and even damage to the liver and kidneys. If you own a private well or are concerned about chromium levels in your drinking supply, consult with a professional about testing your water.

Copper is an element that occurs naturally in plants and soil. This metal is most commonly used to make wiring and plumbing materials. Similar to several of the other elements we outlined, Copper is, in fact, a vital nutrient for all living organisms. However, as with the other metals we discussed, it can be harmful in large amounts.

Copper ends up in our water supply through mining, farming, or when industrial wastewater gets released into rivers and lakes. There aren’t many obvious signs of copper in your water supply, which is why it’s best to have your water tested to find out if you have copper hiding in your tap water.

If you are in the California area and are interested in having your water tested, be sure to contact us today to find out how we can help!